Well, I know I've dropped offline again, but I guess that's what happens when you're the mother of two kids.  Before I get to the good stuff: I still want to write...desperately at times, but that hasn't been an option much lately, and I don't foresee it becoming any easier in the near future.  Like I wrote a year ago, writing is a passion for me, and hopefully I'll be able to come back to it soon.

Miller David was born on December 2, 2012 at 7:41 p.m.  He arrived 6 days late, which drove me crazy every minute that I wasn't going into labor.  We made one "false alarm" trip to the hospital during the week, and I cried a LOT because I was just so ready to be done being pregnant.

FINALLY, I was induced the morning on December 2.  My OB broke my water, but did not immediately begin pitocin.  She hoped that my labor would begin naturally since I was already 3 cm dilated.  She broke my water around 9 am, and contractions began getting more intense around 11:00, but they were never that bad.  I kept standing, walking around, swaying, anything to keep the contractions coming, because if I sat down or stopped moving, the contractions spaced out and became less intense.

Around 3:00 pm, the nurses changed shifts, and I was hoping they would check my progress, but they didn't.  I was beginning to get frustrated because I felt like nothing was really happening.  I was ready for some pitocin to move things along, but the nurse didn't mention it, and I hadn't seen my OB since she broke my water 6 hours earlier.

When the nurse came to check on us around 4:45, my frustration boiled over.  I was crying because I was just sick of all of it, and I told her that I wanted them to start the pitocin.  She told me that it was no problem, and she would check with the doctor and get it started as soon as possible.  Apparently, they had been waiting for me to ask for it the whole day.  This temporarily frustrated me more...


Also, they STILL hadn't checked my progress.  I will never know if I had made any progress, but I feel like my body must not understand how to go into labor on its own.  The pitocin (and craziness) began around 5:30, and contractions immediately became really strong, and really close together.  M called his mom, who was taking care of Evie, to tell her what was going on.  I laid in the bed crying while I listened to him talk to Evie, I was just so frustrated, and in pain, and I missed her so much.  And worst of all, since they STILL hadn't checked my cervix, I thought that I might be in labor for 5 - 6 more hours.

Around 6:30, I asked for the epidural.   It took about 20 - 30 minutes for the anesthesiologist to arrive and do the procedure.  My contractions were right on top of one another, and I was IN PAIN.  It was definitely more intense than when I got the epidural with Evie.  (I was about 5 - 6 cm when I got that epidural.)  I was shaking and I just felt out of control.

The anesthesiologist seemed to take forever.  He missed and had to place the catheter a 2nd time.  It was finally "in place" around 7:10 pm.  They FINALLY checked my cervix.  I was 10 cm!!  The nurse asked if I wanted to relax for a little while before I started pushing, but I said no.  I don't think the epidural was placed well at all.  I could still feel pretty much everything, but it wasn't quite as strong.  I just wanted to get the baby out!!!!!

The nurse ran into the hallway yelling for the doctor to get in there and wash her hands.  I think that the nurse thought the baby was about to fall out of me...ha ha ha!!  I began pushing and it took longer than I thought it would for my second baby.  I had heard so many stories about how it only took two pushes the second time, or two contractions.  I only pushed for 45 minutes with Evie, so I thought that that would be me too.

The epidural was doing NOTHING for me at this point (at least I was sure I could feel everything).  It took about 20 minutes and 10 -12 contractions for Miller to get here.  I was yelling at M to stop touching me.  I even told the doctor to stop touching me at one point, only to find out that it was the baby crowning.  Yup, I was "that girl."  In hindsight, it's kind of funny. :)

At 7:41 pm, Miller made his appearance.  He weighed 8 pounds 6 ounces and was 21.5 inches long.  He was healthy from the beginning, which was different from Evie.  She only weighed 5 lbs. 15 oz. and she spent her 1st night in the NICU because she wasn't breathing very well and had a lot of fluid in her lungs.   I couldn't believe how big Miller was...2 1/2 lbs. bigger than Evie!!

Over a month in, things are going pretty well.  The first week was rough.  I had a spinal headache from my {failed} epidural, and I spent an afternoon in the ER because of that.  Evie has been adjusting better since that first week too. I think I'm having a harder time than she is.  I feel like I just can't give her enough...or Miller for that matter, but that's a topic for a different post...

Hopefully I will be able to write more frequently.  I have so many things to write about, but time is the issue.  I began this post on December 31, if that gives you any idea of what I mean.  ;)

To say that motherhood is bliss wouldn't be totally accurate at this point.  I am still getting to know Miller, and Evie and I are working on what the "new normal" means for us.  I can say that Miller has completed our family.  It's impossible to remember what life was like before he was born, and seeing M sitting on the couch holding Miller and reading a book to Evie melts my heart.

Hi Nikki, congratulations on your beautiful family. I'm just stopping by to say how delightful your blog is. Thanks so much for sharing. I have recently found your blog and am now following you, and will visit often. Please stop by my blog and perhaps you would like to follow me also. Have a wonderful day. Hugs, Chris
http://chelencarter-retiredandlovingit.blogspot.ca/

Great article, love your sharing so much, thank you!

Let me know what you think!

Nikki
I'm Nikki, mother to Evie (born July 2010) and Miller (Dec. 2012), wife to M, and teacher to a whole bunch of middle/high school students. I'm a lifelong Wisconsinite who loves the Badgers, the Brewers, and of course, cheese and beer! 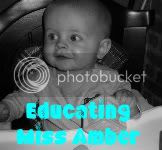 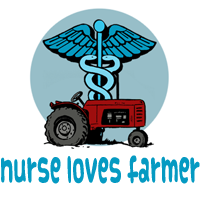 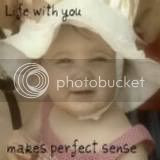